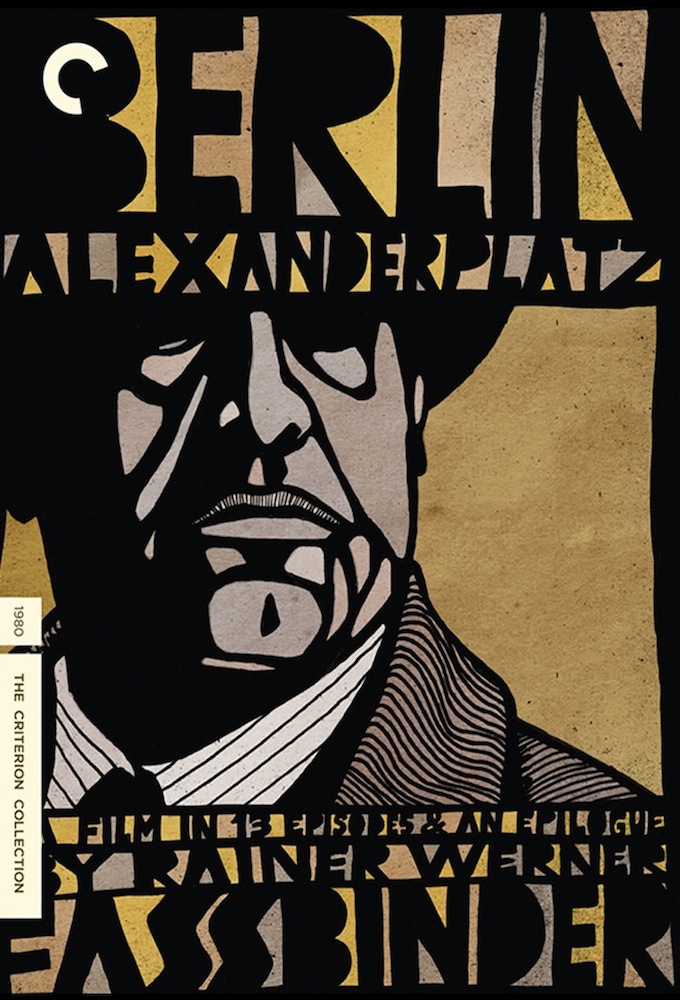 1
SÄSONG 1

1
The Punishment Begins 1980-10-12
The Punishment...
1980-10-12
In 1928 Berlin, Franz Biberkopf is released after serving four years in Tegel prison for killing his girlfriend Ida. After settling into his old apartment he visits Minna, Ida’s sister. Minna succumbs to his forceful advances. In a flashback we see Franz kill Ida with a cream whip after...
Regisserat av:

2
How is One to Live if One Doesn’t... 1980-10-13
How is One to Live...
1980-10-13
Franz employs himself by hocking tie holders on the street but has trouble making enough money. He is talked into selling the fascist newspaper Völkischer Beobachter and wearing a swastika armband. At Max’s bar, Franz is confronted by an old acquaintance named Dreske. Dreske and his friends sing...
Regisserat av:

3
A Hammer Blow to the Head Can Injure... 1980-10-20
A Hammer Blow to...
1980-10-20
Lina is troubled by the shady nature of the jobs Franz is getting and has him meet a family friend, Otto Lüders, who has Franz join him selling shoelaces door-to-door. In one apartment, Franz encounters a woman whose deceased husband he closely resembles. He has sex with the widow and later tells...
Regisserat av:

5
A Reaper with the Power of Our Lord 1980-11-03
A Reaper with the...
1980-11-03
Franz becomes re-acquainted with Eva, for whom he used to be a pimp and who feels a deep affection for him. At Max’s, Meck introduces Franz to Pums, the ringleader of an illegal enterprise. He also meets Reinhold, one of Pums’s men. Reinhold is tired of his woman, Fränze, and wants Franz to...
Regisserat av:

6
Love Has Its Price 1980-11-10
Love Has Its Price
1980-11-10
Reinhold is desperate to get rid of his current woman, Trude, but Franz won’t take her and wants to stick with Cilly. Franz gets sucked into Pums’s gang when he is drafted for a job as a last-minute replacement for Bruno, who gets beaten in the street. Franz ends up as a lookout as Pums,...
Regisserat av:

7
Remember—An Oath can be Amputated 1980-11-17
Remember—An Oath...
1980-11-17
Franz has survived the car accident, but his right arm has been amputated. He recuperates for a time with Eva and Eva’s lover Herbert. Herbert agitates against Pums’s syndicate, so the boss decides to take up a collection to help with Franz’s medical costs. Franz goes to a red light street...
Regisserat av:

8
The Sun Warms the Skin, but Burns it... 1980-11-24
The Sun Warms the...
1980-11-24
Franz gets involved in an illegal enterprise with Willy, whom he met at a cabaret. Eva and Herbert drop by to see Franz and bring a young woman they offer as a new lover. Franz and the tender-hearted woman, whom he names Mieze, fall for each other. However, their spell of love is broken when Franz...
Regisserat av:

9
About the Eternities Between the Many... 1980-12-01
About the...
1980-12-01
Eva explain to Franz that Mieze just wants to work to support him as Franz cannot do so due to his missing arm. He reconciles with Mieze. Franz goes to Reinhold’s and tells him how he has become a pimp. Reinhold is disgusted by Franz’s stump of an arm. Franz is inspired by a Communist rally and...
Regisserat av:

10
Loneliness Tears Cracks of Madness Even... 1980-12-08
Loneliness Tears...
1980-12-08
As Mieze cannot have children, Eva tells her she will have a child with Franz that Mieze can then raise. Mieze is delighted. Eva also tells Mieze she’s concerned that Franz is concerting with Willy and Communists. Mieze gets him to agree to stay out of politics. After Mieze describes the...
Regisserat av:

11
Knowledge is Power and the Early Bird... 1980-12-15
Knowledge is Power...
1980-12-15
Franz goes to Reinhold and tells him he wants to get involved with Pums again. Reinhold still has his suspicions but Franz is allowed to assist the gang with a job. Mieze is upset that Franz is earning money because she thinks Franz wants to be independent of her, but Franz reassures her. Franz...
Regisserat av:

12
The Serpent in the Soul of the Serpent 1980-12-22
The Serpent in the...
1980-12-22
Franz introduces Mieze to Meck. Reinhold blackmails Meck to set up a meeting for him with Mieze. Meck takes Mieze on a drive to Freienwalde and delivers her to Reinhold. Reinhold takes her for a walk in the woods, where she resists his advances. Mieze wants to know more about Franz, and Reinhold...
Regisserat av:

13
The Outside and the Inside and the... 1980-12-29
The Outside and the...
1980-12-29
Franz tells Eva that Mieze has left him. Eva reassures him, though she is a bit concerned herself. A robbery pulled off by Pums’s gang goes wrong and Meck burns himself with a welding torch. Franz takes Meck to his apartment to bandage his wound. Meck tells Franz that Reinhold is a bad guy, but...
Regisserat av:

14
My Dream of the Dream of Franz... 1980-12-29
My Dream of the...
1980-12-29
In a fantasy sequence, Franz walks along a street of the dead with two angels. He finds Mieze, but she disappears from his arms. Reinhold is in prison for the crimes committed by a man whose identity he has acquired. He is anguished that his cellmate and lover is being released. Franz is taken to...
Regisserat av: