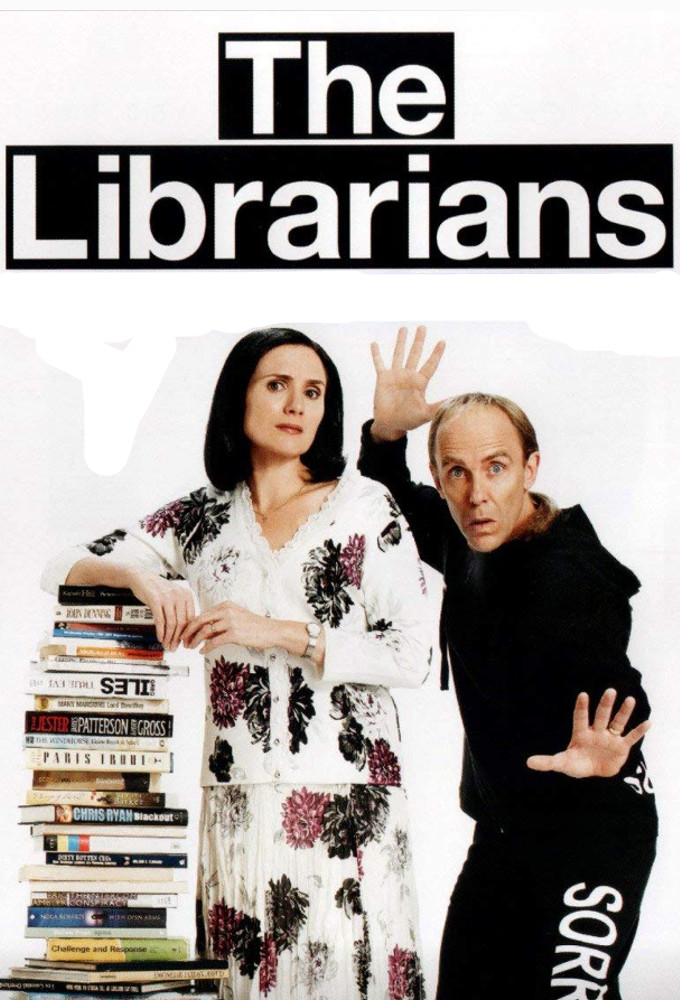 (2007)
Originaltitel: The Librarians
Skapad av: Robyn Butler / Wayne Hope
Release: 2007-10-31
TV-bolag: ABC Australia
Längd per avsnitt: 30 min min
Status: AVSLUTAD
The six-part series centres on the trials and tribulations of Frances OBrien, a devout Catholic and head librarian. Her life unravels when she is forced to employ her ex-best friend, Christine Grimwood - now a drug dealer - as the childrens librarian. Frances must do all she can to contain her menacing past and concentrate on the biggest event of the library calendar - Book Week. (TheTVDB)
Komedi

1
2
3
SÄSONG 1

1
Should Old Acquaintance be Forgot? 2007-10-31
Should Old...
2007-10-31
Frances OBrien is the highly-strung Head Librarian of the Middleton Interactive Learning Centre, and is completely insensitive to the needs of her eclectic group of employees and the public in general. Immersed in planning for Book Week, her focus is diverted when her ex-best friend and nemesis,...
Regisserat av:

2
Repeat Offender 2007-11-07
Repeat Offender
2007-11-07
Jacinta McSweeney from the Premiers Department inspects Middleton Interactive Learning Centre as a possible venue for the launch of the Premiers Book Week. Frances is flushed with excitement at the thought of the spotlight being on the library and more importantly, herself. However Jacinta is more...
Regisserat av:

3
4 Kilos to Book Week 2007-11-14
4 Kilos to Book Week
2007-11-14
Frances is on a diet in preparation for Book Week and as a result is even more stressed and anxious than usual. Christines slimy lawyer Piero (Grant Piro) puts pressure on her to get Frances to testify in her favour if there is any chance of an acquittal. Christine knows Frances will refuse and...
Regisserat av:

4
Unholy Matrimony 2007-11-21
Unholy Matrimony
2007-11-21
Its two weeks until Book Week and panic sets in as Frances discovers a spate of pornographically vandalised books. Christine is preoccupied and neglects her School Holiday Boredom Busters program. Frances isnt happy. Christine is distraught at the prospect she could go to jail and not see Nikko for...
Regisserat av:

5
Amnesty 2007-11-28
Amnesty
2007-11-28
Frances catches Christine having phone sex with Nikko. She is furious but strangely aroused. Christine makes photocopies of her breasts to send to Nikko but the copies end up in the hands of the staff. Frances is overly disturbed by what she interprets as the staffs preoccupation with sex when in...
Regisserat av:

6
And Nothing but the Truth 2007-12-05
And Nothing but the...
2007-12-05
Theres great excitement in the library because its Book Week and the Premier is visiting. However, Christine isnt celebrating. Its the week of her court case and Frances still refuses to testify. The investigation into Dawns accident continues, making Frances very uneasy. The Premier commends...
Regisserat av: