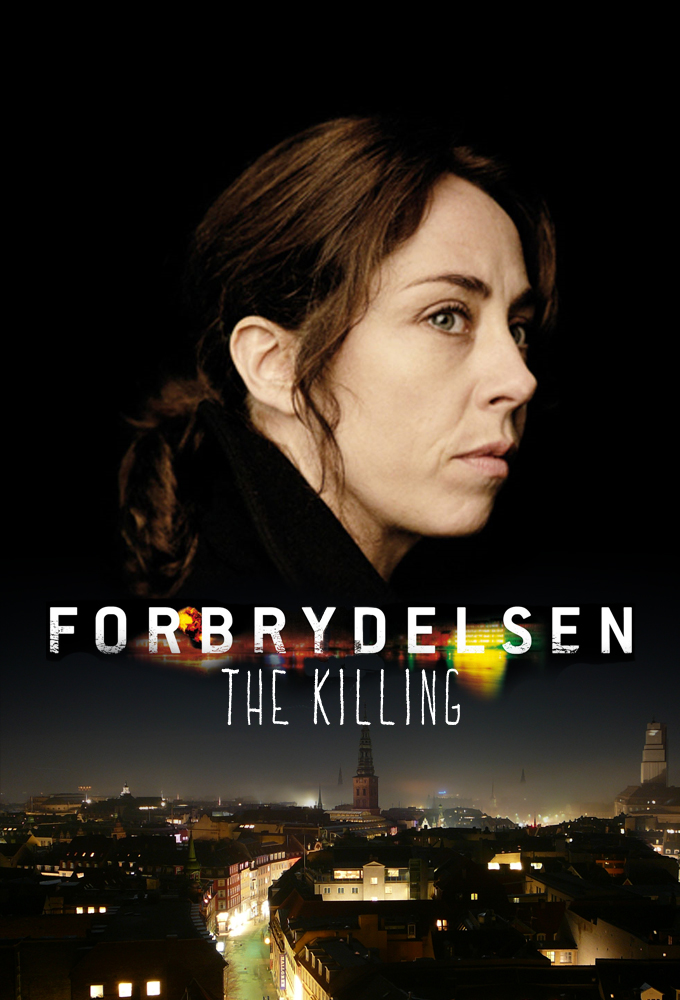 1
2
3
SÄSONG 1

1
Monday, November 3 2007-01-07
Monday, November 3
2007-01-07
Police detective Sarah Lund is about to leave her job in Copenhagen to move to Sweden. Troels Hartmann is gaining ground in his efforts to lead his party to power at city hall. Theis and Pernille Birk Larsen are the happy parents of three children. The discovery of the blood-stained belongings of a...
Regisserat av:

2
Tuesday, November 4 2007-01-14
Tuesday, November 4
2007-01-14
Nannas parents identify her body, and details of her sufferings are uncovered. Lund keeps postponing her departure, and tension arises between her and her new partner as they investigate the connection to city hall and a known criminal identified as the driver of the car Nanna was found in....
Regisserat av:

3
Wednesday, November 5 2007-01-21
Wednesday, November...
2007-01-21
Lund and Meyer track down the driver, who ends up injured in the hospital, but also supplies an alibi. They refocus their investigation on Nannas school. When the story of the connection to his campaign breaks, Hartmann finds himself in media turmoil. The Birk Larsens try to cope with their loss as...

4
Thursday, November 6 2007-01-28
Thursday, November 6
2007-01-28
The police investigate the crime scene they have found at Nannas school and suspect her classmates Oliver and Jeppe of wrongdoing. Sarah Lunds fiancé shows up in Copenhagen, and she promises to leave for Sweden without delay. Meanwhile, Hartmann learns that a trusted employee has sent a suspicious...

5
Friday, November 7 2007-02-04
Friday, November 7
2007-02-04
Hartmann has won a new political ally, but is drawn into the murder case again when the police uncover new information which turns their suspicions towards teachers at Nannas school. Theis Birk Larsen is troubled by the financial strain of the house he bought before Nannas death. He begins to grow...

6
Saturday, November 8 2007-02-11
Saturday, November 8
2007-02-11
Lund and Meyer investigate teacher Raman al Kemals actions on the night of the murder. Hartmann learns of foul play at city hall, and his campaign is put under pressure when his opponent reveals Hartmanns ties with the suspect in a TV debate. On the day of Nannas funeral, Lund is finally on her way...

7
Sunday, November 9 2007-02-18
Sunday, November 9
2007-02-18
Lund decides to stay in town to continue the investigation even though it puts her relationship with Bengt under strain. Rama is questioned as the main suspect. When Hartmann chooses not to suspend him, it puts his political position under threat

8
Monday, November 10 2007-02-25
Monday, November 10
2007-02-25
The police locate the place where Nanna was killed, and Rama is charged with the crime. Hartmann is fighting for his political life, but ends up making a tough choice. Meanwhile, Bengt is in a car accident on his way to Sweden, but tries to help Lund from his hospital bed. When the evidence is cast...

9
Tuesday, November 11 2007-03-04
Tuesday, November 11
2007-03-04
Theis Birk Larsens brutal punishment of Rama is interrupted by the police, and Theis is arrested. Lund and Meyer refocus their investigation on the car used by the murderer, knowing that if they do not make progress they might be taken off the case. As it becomes known that Rama is no longer a...

10
Wednesday, November 12 2007-03-11
Wednesday, November...
2007-03-11
Bengt leaves for Stockholm. Lund and Meyer are hindered in their investigation by a secretive boss, but Lund continues inquiries and is dismissed for her sins. Hartmann strikes a deal with higher powers in order to secure his bid for mayor, and a public debate is the scene of a change in political...

11
Thursday, November 13 2007-09-23
Thursday, November...
2007-09-23
Having located a likely crime scene, Sarah and Jan know who they are looking for, but as the investigation leads again in the direction of Troels Hartmanns Liberal Party, the reactions of their superior officers are puzzling. Troels comes under great pressure both in his private and public life....

12
Friday, November 14 2007-09-30
Friday, November 14
2007-09-30
Sarah and Jan interrogate mayoral candidate Troels Hartmann. With the weight of the incriminating evidence pointing unequivocally to him, Troels has no choice but to divulge private information to the police and a whole new can of worms is opened as a result. Theis becomes desperate to hold on to...

13
Saturday, November 15 2007-10-07
Saturday, November...
2007-10-07
Hartmann faces increasing attention from the police and media, and there is a suspicion he may be withholding information. Meanwhile, there are strange occurrences at the town hall, Pernille and Theis deal with their problems, and Lund receives troubling news.

14
Sunday, November 16 2007-10-14
Sunday, November 16
2007-10-14
A major part of the investigation is stopped in its tracks, leading prime suspect Troels Hartmann to come under further scrutiny - and his political opponent Bremer takes advantage. Meanwhile, Lund and Meyer continue their own line of inquiry, Pernille begins losing touch with her family, and Theis...

15
Monday, November 17 2007-10-21
Monday, November 17
2007-10-21
Lund encounters a potentially deadly situation, but no one knows her whereabouts. Meanwhile, the mystery of the murderers identity looks like it may finally be resolved, Bremer delivers a blow to Hartmanns political career, and Pernille finds herself in need of help.

16
Tuesday, November 18 2007-10-28
Tuesday, November 18
2007-10-28
Lund refuses to believe her superiors insistence that when they insist the murder has been solved, and considers continuing her investigation alone. Hartmann prepares to reveal embarrassing truths as Bremer makes a gesture of goodwill, while Pernille and Theis attempt a reconciliation.

17
Wednesday, November 19 2007-11-04
Wednesday, November...
2007-11-04
Lund and Meyer become convinced there is a link between Nannas murder and a case that has remained unsolved for 15 years, and frantically try to find evidence. Meanwhile, Pernille and Theis are confused by the fact the case is far from closed, and Hartmann puts everything on the line in a bid to...

18
Thursday, November 20 2007-11-11
Thursday, November...
2007-11-11
Lund and Meyer get more than they bargained for when they visit an abandoned warehouse in their search for evidence. Meanwhile, a prime suspect disappears, and Hartmann struggles to get back into the political arena - but is contacted by a journalist whose efforts to dig up dirt have had some...

19
Friday, November 21 2007-11-18
Friday, November 21
2007-11-18
Lund finds the odds stacked against her as the search for a missing suspect takes an unexpected turn, and Hartmann and Bremer take part in a dramatic, live TV debate amid a stream of revelations. Meanwhile, it seems something is amiss as Theis and Pernille prepare to move into their new house.

20
Saturday, November 22 2007-11-25
Saturday, November...
2007-11-25
Lund is determined to catch Nannas killer despite being taken off the case, and Hartmann is on a downward spiral - until he receives crucial information. Meanwhile, Pernille and Theis invite friends and family to Antons birthday party - but there is a sinister twist to the evening in store.