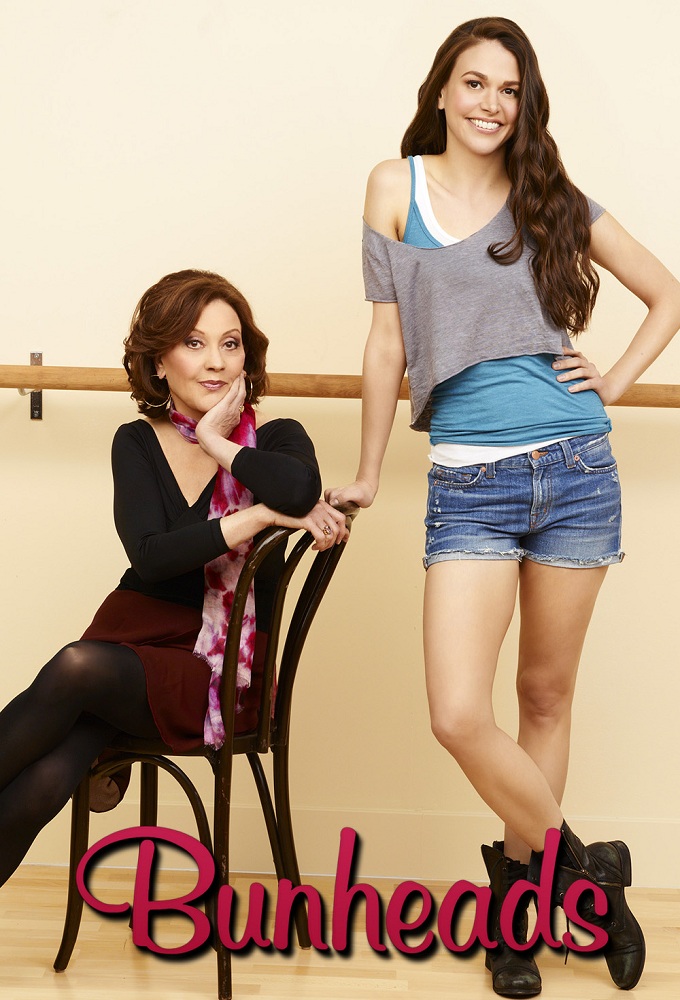 1
SÄSONG 1

1
Pilot 2012-06-11
Pilot
2012-06-11
Michelle Simms had a promising career as a classically-trained professional dancer but was drawn to the lights of Las Vegas. Now, with a dead-end job as a 30-something showgirl, shes found the excitement of Sin City has lost its appeal, and her persistent suitor, Hubbell Flowers, is gaining it....
Regisserat av:

2
For Fanny 2012-06-18
For Fanny
2012-06-18
Michelles rocky start with her new mother-in-law finally seems to smooth out, until an unexpected occurrence turns everything on end. Michelle quickly finds herself back at odds with Fanny, but at the same time wanting to empathize with her. Inspired by Fannys students, Michelle has an idea to help...
Regisserat av:

3
Inherit the Wind 2012-06-25
Inherit the Wind
2012-06-25
When Fannys attorney gives her shocking news, she takes it hard and makes the situation more awkward for Michelle. Making matters worse, Michelle has a run-in with the law when she takes off in Hubbells car to blow off steam, only to break down in the driveway of a handsome, local recluse....
Regisserat av:

4
Better Luck Next Year! 2012-07-09
Better Luck Next...
2012-07-09
A moving truck is being unloaded with everything that was in Michelles apartment in Vegas, including things that were in the apartment that were not hers, as her landlord packed everything for her. Not having enough space for the things to be nicely put away, Michelle shoves them into the...
Regisserat av:

5
Money for Nothing 2012-07-16
Money for Nothing
2012-07-16
Michelle is concerned when she discovers that Fannys bill-paying method includes old hat boxes and unconventional payment plans. After she finds herself in the middle of the collection process, Michelle decides to help Fanny better manage her finances. But Michelles efforts could end up...
Regisserat av:

6
Movie Truck 2012-07-23
Movie Truck
2012-07-23
When Michelles friend, Talia comes to town, their plans for a raucous birthday road trip are derailed by Fanny, who has left for an unexpected vacation, putting Michelle in charge of her dance classes. Michelles birthday plans go even further off-track when Talia discovers Trulys clothing boutique,...
Regisserat av:

8
Blank Up, It's Time 2012-08-06
Blank Up, It's Time
2012-08-06
Michelle is thrown for a loop when she discovers Fanny has a longtime, long-distance boyfriend. And Fanny surprises Michelle again by inviting her to see a play. Meanwhile, Sashas rebellious behavior starts to affect Fannys class. Fanny responds by giving Boo a coveted role in an upcoming...
Regisserat av:

9
No One Takes Khaleesi's Dragons 2012-08-13
No One Takes...
2012-08-13
Michelle is thrilled to discover that there is another option for coffee beyond the gas station: an award-winning barista, Bash. But she soon discovers that dealing with a coffee artiste has its challenges. And Melanie tries to figure out why Ginny has suddenly begun acting different. Meanwhile,...
Regisserat av:

10
A Nutcracker in Paradise 2012-08-20
A Nutcracker in...
2012-08-20
Michelle and Fanny begin to grow closer and enjoy each others creative input as they prepare for Fannys annual production of The Nutcracker. Michelle is organizing the fundraiser, advising the girls on their boy drama and feeling more at home than ever before. But their newfound harmony is soon...

11
You Wanna See Something? 2013-01-07
You Wanna See...
2013-01-07
Michelle works as a magicians assistant; the dance studio is closed down; Ginny takes over her mothers business; Melanie cares for her grandfather; Boo helps to take care of her little brother; Sasha returns.
Regisserat av:

13
I'll Be Your Meyer Lansky 2013-01-21
I'll Be Your Meyer...
2013-01-21
Michelle and Fanny need to come up with money to supplement the dance studio. Meanwhile, the girls continue to be mystified by the alluring new students, while Sasha deals with the decision to move from Paradise.
Regisserat av:

14
The Astronaut and the Ballerina 2013-01-28
The Astronaut and...
2013-01-28
Michelles brother, Scotty, comes for a visit after yet another failed marriage. Meanwhile, Melanies new interest in roller derby leaves Ginny feeling abandoned, while Boo and Carl are overwhelmed with child care duties.
Regisserat av:

15
Take the Vicuna 2013-02-04
Take the Vicuna
2013-02-04
Milly opens her checkbook-and her mouth-giving notes on how Fanny should run an upcoming dance recital. Meanwhile, Sasha throws a housewarming party and Scotty takes Michelle on a road trip that makes a surprising detour.
Regisserat av:

16
There's Nothing Worse Than a Pantsuit 2013-02-11
There's Nothing...
2013-02-11
Milly is on the warpath when she discovers that the local town preservation society is arranging a meeting to discuss the new amphitheatre. Meanwhile, Sasha and Roman take their relationship public; and Talia shares some big news.
Regisserat av:

17
It's Not a Mint 2013-02-18
It's Not a Mint
2013-02-18
Meanwhile, the girls react in different ways to the boys in their lives: Sasha and Roman get closer, Ginny cant stop staring at Frankie, Boo is caught in the middle of an unintentional triangle and Melanie is being stalked by Dez.
Regisserat av:

18
Next! 2013-02-25
Next!
2013-02-25
The girls secretly follow Michelle to a Broadway musical audition in Hollywood. Meanwhile, Fanny returns. Michelles brother, Scotty, pops back up unannounced. And Sasha thinks the girls need to take their relationships with their boyfriends to the next level.
Regisserat av: