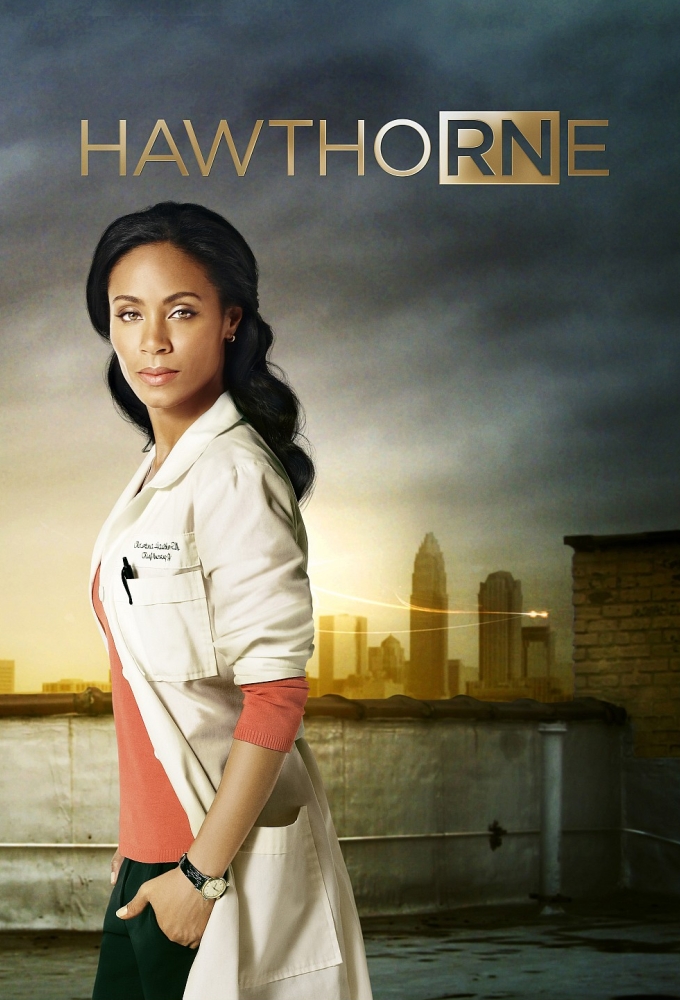 (2009)
Originaltitel: Hawthorne
Skapad av: John Masius
Release: 2009-06-16
TV-bolag: TNT
Längd per avsnitt: 40 min min
Status: AVSLUTAD
Hawthorne takes place at Richmond Trinity Hospital in Richmond, VA, where the strong-but-caring director of nursing, Christina Hawthorne (Pinkett Smith), continuously fights battles she often knows she wont win. Whether treating the homeless woman in front of the hospital like a human being or trying to talk a suicidal cancer patient off the ledge, Christina must challenge hospital administrators, heartless doctors, apathetic colleagues and a system that sometimes forgets its there to... (TheTVDB)
Drama

5
The Sense of Belonging 2009-07-14
The Sense of...
2009-07-14
Christina squares off with an arrogant surgeon who is working on the case of a young heart patient she is caring for. Elsewhere, Ray works as Christinas mother-in-laws personal nurse, who, unknown by Christina, has been hospitalized. Kelly tends to a man with a worried wife.
Regisserat av:

6
Trust Me 2009-07-21
Trust Me
2009-07-21
Christina and the crew are hit with an onrush of new patients when another Richmond emergency room shuts down. One patient is recognized by Camille as an old friend from school who appears to have a drug problem. And a reporter wants to use Ray as an inside source for a revealing article she wants...

7
Night Moves 2009-07-28
Night Moves
2009-07-28
Christina gets trapped into working an overnight shift and finds herself in the middle of a potential custody battle.
Regisserat av:

8
No Guts, No Glory 2009-08-04
No Guts, No Glory
2009-08-04
Christina treats a female patient who appears to have been abused by her boyfriend; Bobbie helps a patient with abdominal pains; Ray helps a young man facing the possibility of being paralyzed; Camille gets a driving lesson from Kelly.
Regisserat av:

9
Mother's Day 2009-08-11
Mother's Day
2009-08-11
Christina battles Morrissey after he asks her to lay off nurses due to budget cuts. Therefore, Kellys job is on the line and she also encounters some problems with a doctor. This episode also features a terrible tragedy inside the ER.

10
Hello and Goodbye 2009-08-18
Hello and Goodbye
2009-08-18
Davids cancer is back and Christina does her best to comfort him while looking to get him a new treatment. Kelly has difficulties when trying to say goodbye to a patient and Ray hears astonishing news from Candy.